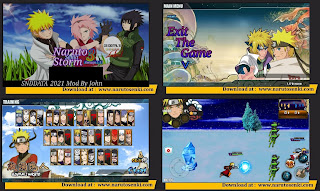 How to Install Naruto Senki Storm 3